I found my copy of The Sandman: Endless Nights yesterday, which will apparently be ten years old next year. I remember having pre-ordered it several months in advance. After a wait that seemed unendurable, I finally picked it up, opened it with no lack of ritual, read it once and then again and again. I kept buying comics after that, but it was the beginning of the end of a serious comic-buying habit that began around 1990.

As much as I enjoyed reading Neil Gaiman, however, it was really Grant Morrison who was my favorite back then. His run on Doom Patrol was my introduction to (the Brotherhood of) Dada and pretty much soured me on most superhero comics that were, well, normal. Later, when Flex Mentallo: Man Of Muscle Mystery came out, I bought that and felt it was an even better way of introducing people to Morrison’s work.

Now comes news of a Deluxe Edition of Flex Mentallo, of which Morrison himself says, “I was really happy to see it. And Pete Doherty has done such a great job on the new coloring. It’s like a whole new book.” I’m certainly going to buy it, but I don’t think I’ll forget about my single-issue copies. The new coloring isn’t without controversy, as can be seen here and here. Still, it’s Flex Mentallo, and it would be nice to revisit it with a little more serious analysis than I’ve given it myself so far. I’m hoping it’ll be cheaper than the 1500-page The Invisibles Omnibus, which I also want unfortunately.

Here’s what I don’t want though: Archie Meets KISS (preview here). If I want an outrageous pairing of Archie and something else, it would have to be the now-iconic Archie Meets The Punisher. That was hilarious.

Matthew Zapruder with thirty reasons why John Ashbery might be the greatest living American poet.

Come On All You Ghosts

So recently I have been involved in two separate conversations (one at a Q and A, another in correspondence) about John Ashbery, in which I strongly have contended that he is our greatest living poet. I feel his greatness is, to some extent, cumulative (see the letter below in which I make this point in somewhat confused yet ardent detail), but I also believe that he has written a sizeable number of what I would consider “great” fine isolated poems. So in order to demonstrate this point, I have selected 30 poems, with links below.

A few notes (from the air). First, the bias is heavily towards poems from the first 3 decades of his career. It seems to me there are more truly great single lyric poems from that time period, than from the next several decades (a body of work in my mind at least equal to the…

Browsing through a copy of his Selected Poems at a bookstore the other evening, my attention was drawn to one of the poems in Tony Harrison‘s sequence The School Of Eloquence. The title caught my eye, the opening lines my ear. I started reading the poem under my breath and became so entranced I took pictures of the two pages that held “The Rhubarbarians.” Here’s how it begins:

Those glottals glugged like poured pop, each
rebarbative syllable, remembrancer, raise
‘mob’ rhubarb-rhubarb to a tribune’s speech
crossing the crackle as the hayricks blaze.

Unfortunately, the poem seems to be unavailable online, but these ones are:

“Long Distance II” is the only poem of his on the Academy Of American Poets (Harrison’s English, by the way, Leeds-born); he has none on the Poetry Foundation’s site, despite a rather lengthy biographical essay. It’s a surprisingly “clear” piece, as opposed to “The Rhubarbarians” and some of Harrison’s other poems.

His Poetry Archive page hosts four poems, including audio clips of Harrison reading them. He’s quite good, as are these poems themselves:

“Timer” deals with a dead mother, just like “Long Distance II,” but this one is a little more disturbing. It’s grim subject matter, but I strangely find it darkly comic somehow, and that adds to the effect of the poem on me. Also, the use of dialogue here, unlike the strictly monological speaker of “Long Distance II,” certainly adds layers.

“National Trust” pushes the darkness and the comedy further and adds a dose of social critique, at least on the surface, in the situation it presents of bottomless pits that are measured by lowering people into them. Harrison feels a scholar would do better than a prisoner in that regard! Something else going on here, however, adds to the poem’s depth (pun intended, unfortunately): several words in the poem refer to speaking (“hush-hush,” “dumb,” “holler,” “silenced,” “tongueless”) and there’s even a bit of Cornish (one of the dead Celtic languages, if I remember right). It certainly bears further scrutiny though I feel I must look up the references, even while the poem is enjoyable as it is.

“Initial Illumination” is the longest piece and it seems denser, even before taking its length into account. The image of the cormorant is a constant, though I’m not yet sure I fully understand the image. The poem  begins with two saints (monks?) I’m unfamiliar with: “Eadfrith the Saxon scribe/illuminator” and “Bilfrith the anchorite.” It ends in the present day, excoriating “the word of God much bandied by George Bush / whose word illuminated the midnight sky” with bombs, presumably. There’s a direct didacticism in the latter part of the poem that’s not so bad given the historical depth provided:

Now with the noonday headlights in Kuwait
and the burial of the blackened in Baghdad
let them remember, all those who celebrate,
that their good news is someone else’s bad

I was struck by something Michael Lista wrote in his review of Michael Robbins‘ Alien vs. Predator:

A typical Robbins poem (if there even is such a thing) borrows from Frederick Seidel the moral terror that formal rigour and rhyme can inspire. [emphasis mine]

It was an intriguing statement to make, but I wasn’t quite sure I understood what Lista was trying to say. That bit from “Initial Illumination” is helping clarify things though. There’s something almost simplistic about what those lines are trying to say, but the use of perfect rhyme to express it does lend it force. I don’t know if THAT’S an example of “moral terror,” but it certainly lends a certain type of “moral authority” to make that kind of statement.

“Book Ends” book-ends the Poetry Archive selection, dealing as it does with the same dead-mother situation as “Timer” (and “Long Distance II”), but focusing more on the lack of communication between the husband and the son left behind. Again, I’m not sure I fully get it, but I think there’s something being said here about class (education and socio-economic strata). “The ‘scholar’ me, you, worn out on poor pay,” the son-speaker tells his father, and it ends with

Back in our silences and sullen looks,
for all the Scotch we drink, what’s still between’s
not the thirty or so years, but books, books, books.

There’s a nice little bit in the poem, referring I’m imagining to the father’s habit of staring in silence at what seems to be a coal-fuelled grate heater, and the kitchen implied in the oven that “appears” when the poem begins with “Baked the day she suddenly dropped dead”:

Not as good for staring in, blue gas,
too regular each bud, each yellow spike.

This PDF contains three Harrison poems, “Timer” being one of them. The last poem, “Punchline” has a son speaking to a dead father. It’s a pretty striking piece. The first verse sets the social situation of limited options for “the Northern working class”:

No! Revolution never crossed your mind!
For the kids who never made it through the schools
the Northern working class escaped the grind
as boxers or comedians, or won the pools.

The second verse reveals the father “not lucky, no physique, too shy to joke” and so buying instead a second-hand ukelele, in the hopes of “escaping the grind.”  Unfortunately, hopes were dashed, only two chords were ever learned, and the father’s dreams of escape became a secret emblematized as a plectrum hidden awayin a “secret condom drawer.” When the son-speaker sees another old man playing a ukelele badly in the street at the end of the poem, on the very day he missed his father’s cremation, he simply holds on to his pocket change and looks away. Ah, the bitterness!

The other poem in that poem is a longer piece called “Them and [uz].” I like this one for the way it alludes to “cockney Keats” through my favorite Keats poem (“Ode To A Nightingale”):

4 words only of mi ‘art aches and … ‘Mine’s broken,
you barbarian, T.W.!’ He was nicely spoken.
‘Can’t have our glorious heritage done to death!’

Poor kid. He gets his chance for payback though, with, well, Occupy Poetry:

It’s hilarious, and apparently, I have more of his works to read. In The Harvill Book Of Twentieth-Century Poetry In English (reviewed here, with others), I have five Harrison poems. There’s “Timer” and “National Trust” but also an 8-part sequence called “Art And Extinction.” There are also two poems from “The School Of Eloquence”: one is called “On Not Being Milton,” which I should discuss with my adviser as he’s really into Milton, and a quatrain called “Heredity”:

How you became a poet’s a mystery!
Wherever did you get your talent from?
I say: I had two uncles, Joe and Harry–
one was a stammerer, the other dumb.

In The Norton Anthology Of Modern And Contemporary Poetry, there’s are more poems from The School Of Eloquence: the complete “Book Ends” (it’s apparently a two-part poem like “The Rhubarbarians”), “Turns,” “Marked With D.,” “Self Justification,” “History Classes,” and once again, “Timer,” “Heredity,” and “On Not Being Milton.”

But the crux is a poetic sequence called v. that apparently generated a lot of controversy when a televised reading of the profanity-laden poem was aired twenty-five years ago. I haven’t started reading it, but apparently, the poem starts with the poet at the graveside of his parents and will involve the miners’ strikes during the Thatcher years, etc. Something to look forward to, indeed.

For now, though, an essay on Deleuze and Guattari explaining the rhizome through Harrison’s poem, and the rollicking “A Kumquat For John Keats.” WOW.

March almost went by without a purchase, despite a promise I made earlier. In the last couple of days of the month, however, I chanced upon three books I just HAD to buy as soon as I saw them: 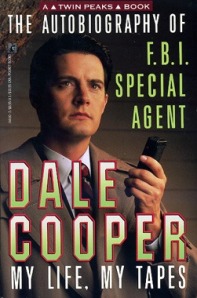